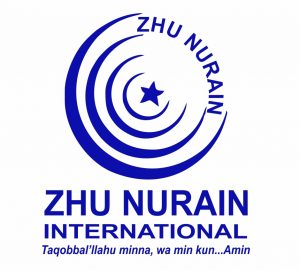 Home Hadith of the Day

Hadith of the Day

Bakkar ibn ‘Abdu’l-‘Aziz (RA) reported from his grandfather that the Prophet, may Allah bless him and grant him peace, said, “Allah will defer whatever wrong actions He wills until the Day of Rising except for tyrannical behaviour, disobeying parents or cutting off relatives. He will punish the one who commits those things in this world before he dies.”

The Prophet (pbuh) apparently said: “The most perfect man in his faith among the believers is the one whose behaviour is the most excellent; and the best of you are those who are the best to their wives.”

As noted in the Holy Qur’an, Allah SWT said,

“O mankind! We have created you from a male and a female and made you into nations and tribes, that you may know each other. (not that you may despise each other). …”

Yet He chose to create diverse people so that they would observe, reflect and communicate with each other.

Good manners and good behaviour are frequently emphasised both in the Qur’an and Hadith. In the Holy Qur’an, Allah SWT warned against calling others names and ridiculing them. Abuse and clumsy jokes may win some popularity, but a poor return in the Hereafter.

Even when others are rude or offensive, as the Quraysh were to the Prophet, (pbuh) and his companions, Allah SWT instructed Muslims to keep silent and walk away.

Thus, Muslims should be sincere in their devotion, be charitable decent citizens and support social organisations.

© Zhu Nurain International
Call Now
× How can I help you?